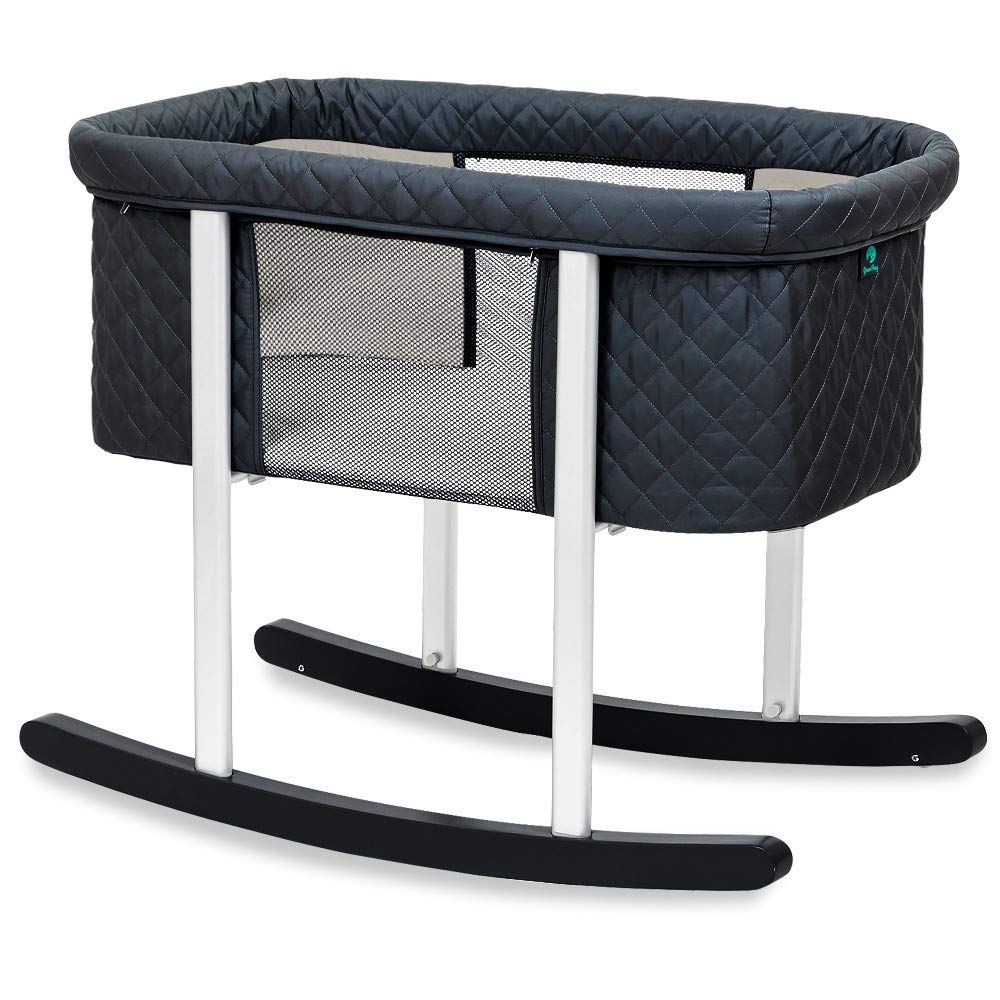 Cradle soothes infants with a gentle rocking motion
Designed for newborns up to six months old, the Lily Pod Cradle is a compact, cozy cradle that soothes your baby with soft rocking motions. Parents can rock the Cradle themselves or let their baby's movements gently move the Cradle back and forth. With modern curved wood design Â the Cradle rocks smoothly and won't get stuck in any position.

Helps your baby to relax and sleep peacefully
The Lily Pod by Green Frog Â Cradle provides your baby with a safe and comfortable place to sleep anywhere in your home. This Cradle comforts your infant with gentle rocking motions and is lightweight enough to be easily moved from room to room. Breathable mesh sides allow generous airflow, while the cradle's low height lets you check that your child is sleeping safely and peacefully."br""br""b"Mesh Sides Provide Ventilation"br" The Lily Pod Cradle is designed with breathable, soft mesh fabric Â windows that provides excellent airflow and lets you keep an eye on your infant. Its low height makes it easy for you to reach in and comfort your baby. And because its sides are constructed entirely from fabric, there are no bars or loose parts."br""br""b"Washable Materials For Easy Cleaning"br" The Lily Pod by Green Frogâs Â fabric and mattress cover are removable and machine washable for easy cleaning. Simply unzip the mesh fabric and wash on gentle cycle. For best results, allow cradle fabric and the mattress cover to air-dry before reassembly."br""br""b"Newborn To Six Months"br" Designed for newborns up to six months old. Discontinue use at 18 pounds or when your baby can sit up, kneel, or stand unaided.